I’ve finally got finished the next batch of Dungeon Saga miniatures, some are a joy to paint others are a pita.

From left to right are the Armoured Zombies, Skeleton Scythe Men and Zombies

I’ve nearly done all the monsters now, I just need to finish the Skeleton Bowmen but I don’t have the urge to paint them yet so it may be a while until the next Dungeon Saga update. But I am currently working on a large unit of Skaven so that probably will be the next update.

The Painting guide is below if needed.

END_OF_DOCUMENT_TOKEN_TO_BE_REPLACED

1. I have to paint two models for every one that I buy this year, this is becoming essential as although I didn’t paint much last year I was still buying as normal and all my cupboards seem to be overflowing with miniatures.
2. Clear my painting desk of unfinished miniatures, this may not sound too hard to you but right now there’s probably over 100 models on it in various stages of completion, one of which has been there for 16 years now.
3. Start my Skaven army and have enough units completed for a game by the end of the year.

They shouldn’t be too hard to achieve except perhaps the 2nd but we shall see.

Over the Christmas holidays I picked up a copy of Dungeon Saga from Mantic Games, I was interested in how it would compare to Heroquest in both quality and it’s game play. Although I haven’t played it yet I have begun painting the miniatures and they aren’t too bad, the sculpts are more detailed than the Heroquest miniatures but they are made from a much softer plastic which has some pro’s and con’s such as they bend instead of break if dropped, most figures had warped in the box but hot water straightens them out, hopefully they will stay in the correct pose now that they are painted. The mould lines are also quite hard to remove, the plastic seems to fur up instead of being removed cleanly, I’ve heard that freezing the models first can help here though I’ve yet to try it.

I’ve painted the first batch of undead monsters from the game, the Skeleton Swordsmen, Dwarf Revenants and Ghosts. 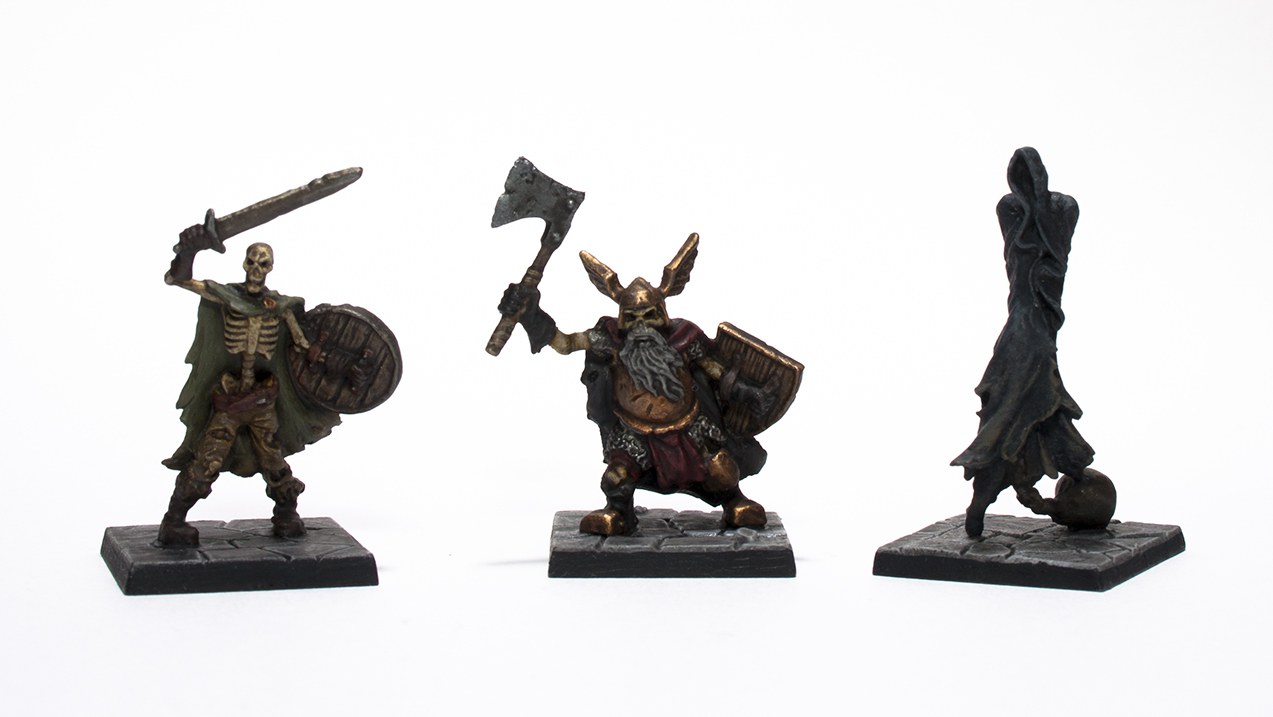 I didn’t want to spend a long time on the figures as they are obviously gaming pieces rather than display but I did want them to look like Mantics display pieces as much as possible. Painting Guides are below and I’m now onto the next group –
END_OF_DOCUMENT_TOKEN_TO_BE_REPLACED