As part of my attempt of clearing my painting desk I’ve finished the 6 Saruman figures that had been sat there for a few years since I had the brainwave or painting all the Maia for The Lord of the Rings,  I managed Radagast the Brown and Sauron before getting bored of the idea. 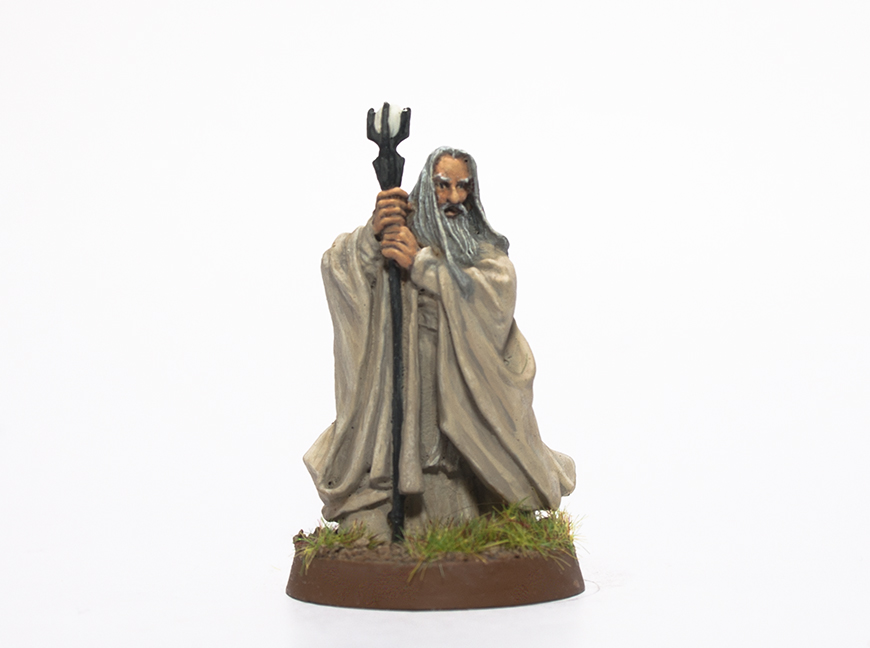 It’s actually the second time I’ve painted these as the first time the varnish went cloudy which is infuriating but seems to happen to everyone at some point.

The painting guide is below as usual – 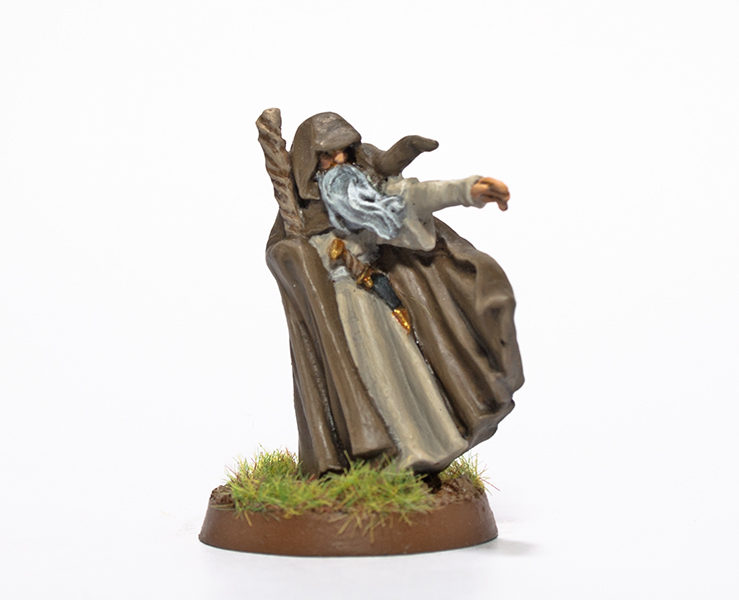 Sharkey’s cloak is painted with Earth shaded with Umber Wash. It was then highlighted with Earth again and a final highlight of Earth mixed with a little Bonewhite.

Saruman’s flesh started with a base coat of Dark Fleshtone, once this had dried, the face was highlighted with Dwarf Skin, highlighting up with an equal quantity mix of Elf Skintone and Dwarf Skin before finishing off with a final highlight of Elf Skintone on its own. 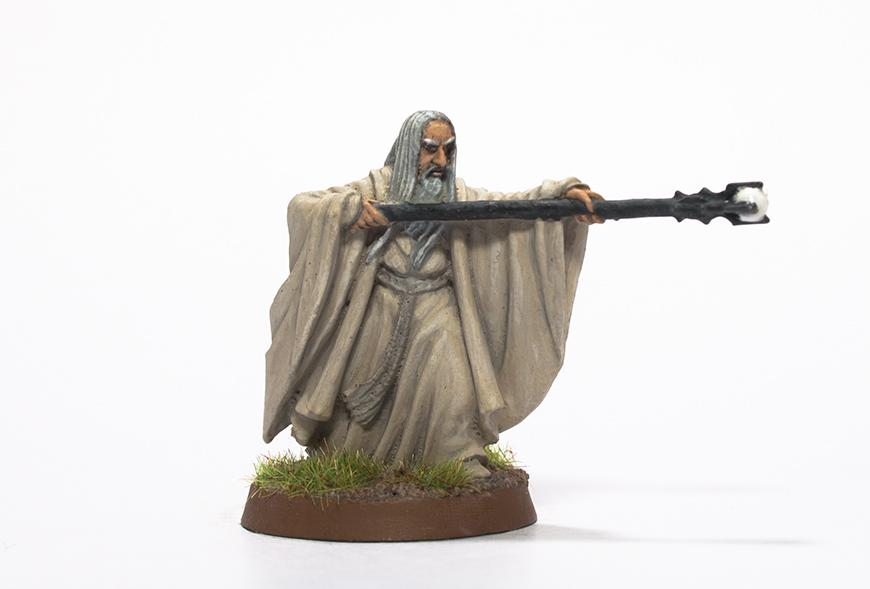 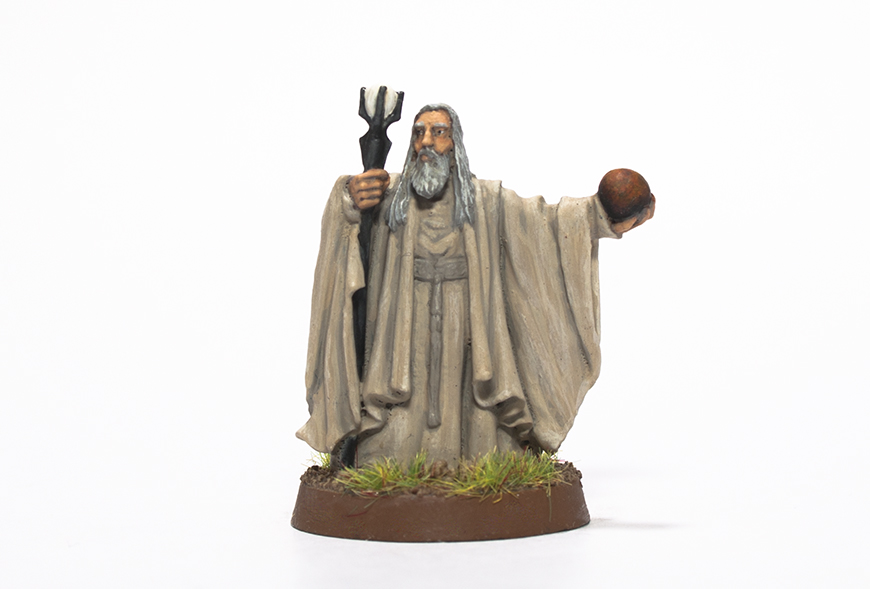 His hair was painted using a base coat of Cold Grey and Skull White in an equal parts mix, with a very small amount of Beasty Brown added. This was then highlighted with Ghost Grey and then a final highlight of Dead White on the ends of the hair. 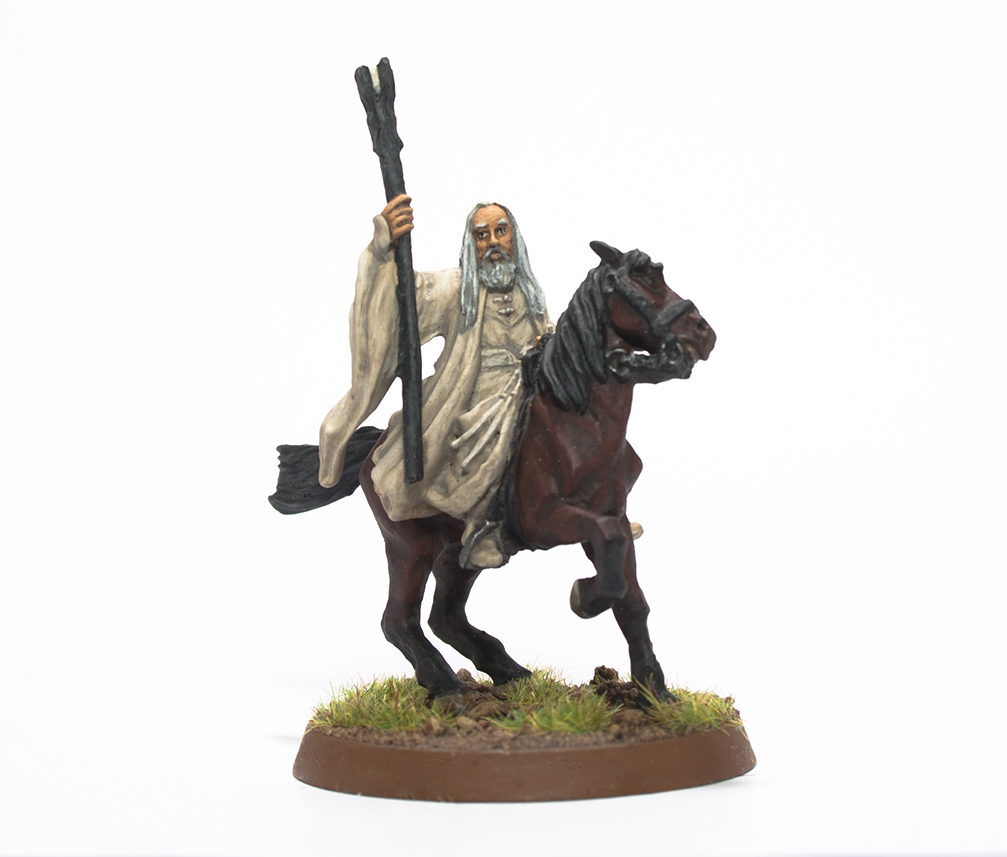